Missouri Keeps Making it Harder to Vote. So We Sued.

Missouri has a long history history of voter suppression and erasing the political clout of people of color. Recently, Advancement Project, our partners on the ground, and our allies found that the state embraced anti-voter tactics that ran afoul of an important voting-rights law, the National Voter Registration Act.

Today, we sued them. 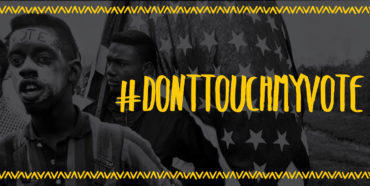 Erasing the voices of people of color is not new in Missouri. This is, after all, the home of the Missouri Compromise to extend slavery and the Dred Scott decision, which denied the citizenship and humanity of Black people. Recently, despite resistance from Black activists on the ground, the state watered down its own right to vote.

Given the state’s ample history of voter suppression — affecting, especially, people of color — there’s a lot of work to do. We must remain vigilant and react to efforts to make it harder to vote. Moreover, we need to root out Missouri’s culture of restricting the vote and ensure access to the ballot once and for all.